You are here: Home / Cat Training Tips / Why Don’t Cats Come When Called?

It is relatively easy to train a dog to come to you when you call his name, but cats, as usual, are a different story. Cats know their name, but don’t expect them to always come when you call. Science may account for this unresponsive behavior. Evolutionary records prove that dogs have been domesticated for roughly 30,000 years.

Our ancestors domesticated dogs, bred, and raised them to obey commands. This accounts for why it is so easy to train certain breeds of dogs today. Cats, on the other hand, formed a symbiotic relationship with humans approximately 10,000 years ago. Humans and cats found their relationship mutually beneficial. For instance, the humans’ food supply would attract rodents. The lingering cats would kill rodents attacking the humans’ food supply. Therefore, everybody is happy!

Although cats now have a special place in our hearts, they still aren’t as responsive to their owners commands as dogs are. A study from 2019 found that cats are more likely to respond to their name than any other word. In the study, researches said four different words to the cat that were the same length as its name. Each time the cat would respond differently to its own name. Of course this study doesn’t prove that cats actually understand the concept of names. However, they do recognize a certain association with their name. So, the next question we ask ourselves is, are they just choosing to ignore us? In the study, fewer than 10% of the cats studied actually got up when called.

It’s likely that you’ve already trained your feline friend to come when called. However, instead of coming when you call his or her name, your cat probably is more responsive to the crinkling sound of a bag of treats! “Since your cat knows the sound of a treat bag or treat canister, you can build on an already strong association,” veterinary behaviorist, E’Lise Christensen says.

Here are some ways to increase the likelihood that your feline friend cares to respond!

Never punish your furry friend: Cats don’t respond well to discipline. Rather, they respond to being rewarded for desirable behavior. Be sure to never punish your cat for not coming when you call. Punishing a cat will induce stress or fear, this can lead to behavioral problems. 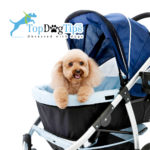 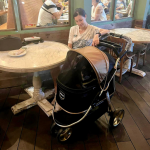